Chris Stevenson May 2, 2022 Music Comments Off on Opera Review: Octavia E. Butler’s “The Parable of the Sower” at Strathmore Music Center 30 Views 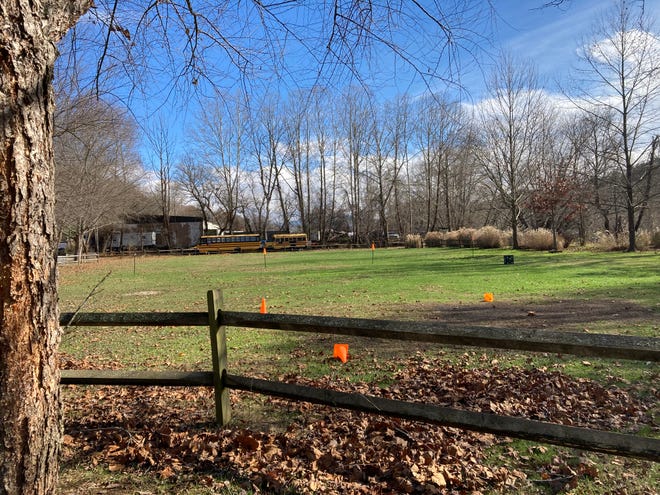 The cast of “Parable of the Sower”. Photo courtesy of Strathmore Music Center.

In 1993, Octavia E. Butler imagines what awaits her in 30 years, staging her novel, Parable of the Sower, in 2024. Many of Butler’s predictions have come true: fires and drought are ravaging California, inflation is spiking, and capitalism is rampant. This post-apocalyptic novel, peering into our near future, seems like an inspiration for an opera, but sadly, on stage, the story failed, even carried by a superb score from creators Toshi Reagon and Bernice Johnson Reagon. Co-presenting with Wooly Mammoth Theater Co, “Parable of the Sower” shone with its multi-dimensional sound, but its slow, winding plot dragged on.

In a walled cul-de-sac community in suburban Los Angeles, 15-year-old Lauren Olamina (Marie Tatti Aqeel), protagonist and prophet of “Parable of the Sower,” spends her days thinking, journaling, and feel – his hyper-empathy means that other people‘s pain is literally his pain. In “God is Change”, Lauren realizes and tries to share with her friends and neighbors. This revelation, offered at the start of the opera, becomes the tenant of his new religion – Earthseed. Meanwhile, Lauren’s rigid father (Jared Wayne Gladly) preaches “God never changes” while his daughter chafes, certain a new world is coming when their wall is torn down. Eventually, the predicted violence arrives and destroys, forcing Lauren to go in search of her own community.

Musically, “Parable of the Sower” is a triumph, with a small but mighty four-piece band and a score that draws on gospel, rock and especially folk. Toshi Reagon, who also plays guitar, along with Helga Davis and Shelley Nicole, acts as a sort of Greek chorus, explaining how the story unfolds. As Lauren, Marie Tatti Aqeel exhibits phenomenal vocal talent, reaching deep in the throat and ethereal trills with ease. While the gospel of Earthseed is never well developed, perhaps Aqeel’s extraordinary range is reason enough for followers and converts.

“Parable of the Sower” uses an unconventional structure. The show begins so subtly that it’s only in hindsight that you realize it has begun. Aqeel was already on stage, journaling, as audience members found their seats. What appeared to be a Toshi Reagon pre-show announcement slipped in early in the story, as the house lights remained on for the first half of the opera.

Despite a duration of about two hours and fifteen minutes, the opera waives an intermission. Instead, the first and second parts are separated by a mid-show folk song led by Toshi Reagon, who encourages the audience to sing along with the catchy chorus. Likely inspired by the 1947 folk song “16 Tons” by Merle Travis, this song critiques a fictional corporate town, Olivar, as well as references to real-life tech companies such as Amazon, Spotify and Pandora. In some of the show’s sharpest social commentary, Toshi Reagon chants, “For the sake of the economy / they say it’s only right / to give them more slaves / and make more billionaires.” While this mid-act interlude was an energizing break, an intermission might have better invigorated the audience for the work ahead.

The second half of the opera suffers from a lack of listless direction. While the first half is predicated on the impending destruction of the fortified community and Lauren’s discovery of Earthseed, in the second half Lauren wanders around until late in the series with no clear purpose or destination, causing her to trail. How these followers are won is unexplained, though this appears to be the heart of the story, consistent with both the biblical parable of the sower and the program note: “Tonight we are in the exploration of family. The one you were born into, the one you choose, the one you find, the one that finds you.

“Parable of the Sower” is presented as fully staged and indeed appears to use the same set as 2018 at the Public Theater. What was a minimalist setting in the intimate stages of the less than three hundred-seat Public Theater seems half-staged in the Strathmore’s vast concert hall, eclipsed by a hall that can seat almost two thousand people. With the narrators and band on the dais above the stage, the Arnulfo Maldonado-designed set features a few wooden benches and a hanging white curtain in the first half, replaced by three large abstract paintings in the second half.

Christopher Kuhl’s lighting is most evident once the house lights dim, when the scene is lit by spotlights and a dim haze, expressing unease and distrust of the fractured world in which Lauren travels. The abstract paintings and the gauze curtain provide canvases for colorful lighting, including when a wash of red light turns the paintings on fire. While the creative team includes both a choreographer (Millicent Johnnie) and a movement director (Yasmine Lee), the few understated dance pieces hardly seem worthy of their expertise, especially alongside co-directors Signe V. Harriday and Eric Ting.

“Parable of the Sower” suffers the most from underdeveloped characters and an absence of dramatic tension. Lauren’s only progression throughout the show seems physical, from home through the West Coast wilderness. Character deaths have little impact and offer little meaning, as there is no character developed enough to form an attachment.

As an opera, “Parable of the Sower” delivers a promising premise that falls flat. The amazing voices of the cast and the beautiful composition of Toshi Reagon and Bernice Johnson Reagon saved the evening. Perhaps as a song cycle or concert, the music could have stood on its own, but as an adaptation of Octavia E. Butler’s novel, it ultimately fails.

Operating time: About t2 hours and 15 minutes without intermission.

Notice: Age range: 12 years and over.