ASHEVILLE — The Outpost, a 2.7-acre waterfront co-ownership that Devin deHoll describes as Asheville’s new outdoor music venue, is poised to grow even more.

A permit application submitted Nov. 13 to the city of Asheville includes plans for a large stage, expanded parking lot, landscaping and possible renovations to the approximately 1,200-square-foot two-story building that currently houses a small bar.

Located at 521 Amboy Road, between Wilson’s Riverfront RV Park and Carrier Park, the riverfront property is slated for a permanent main stage, active event space, and place to grab a drink with a “dive bar vibe.” , all easily accessible from the French Broad Voie Verte of the river.

DeHoll, also co-owner of Asheville Adventure Company and Cultivate Climbing, said plans for The Outpost will preserve the heritage of the site, formerly the home of Asheville Outdoor Center.

“What we’re trying to do is build on that. … We’ve been inspired by a lot of these providers that we’ve seen across the country,” deHoll said.

He and his associates acquired the property in March. Asheville Adventure Company organizes its rafting, tubing and kayaking trips from the property. Russ Keith, owner of the Gray Eagle, Asheville’s oldest concert hall, was also brought on as a partner.

Previously, deHoll said he had reached a sale agreement with the Gray Eagle, but felt it was best for the property to operate as his own business. Within the last week they dissolved the supplier agreement and reincorporated as a new company with Keith as a partner.

After: TEQuity steps away from managing Asheville repair project, Charlotte company takes over

The outpost is only the city’s third outdoor concert venue, deHoll said, along with the River Arts District Recovery Station and the downtown Rabbit Rabbit.

DeHoll said he hopes The Outpost will become one of Asheville’s premier outdoor stages over the next two years, though it likely won’t host shows as big or frequent as the other two venues.

“Among the outdoor venues that exist in town right now is the Salvage Station, which is kind of a big gravel lot, and there’s Rabbit Rabbit which is this big concrete hole downtown, and if you come to The Outpost … it’s a much more serene, natural and beautiful environment to have live music,” deHoll said.

In a large field of grass with sycamores lining both sides, he envisions not only bigger concert offerings, but more events, including weddings.

To preserve the property, deHoll schedules three to four major shows a month, with smaller local acts two to three times a week.

Since acquiring the property in March, The Outpost has hosted several events including LEAF Down by the River, large concerts and more intimate shows on site. A small stage sits on the west side of the property, with its back to the French Broad River, which runs alongside the entire site.

Its inaugural show was on July 30 with a performance by Staten Island instrumental band The Budos Band.

Further east on the property, in what is currently a sprawling meadow, there are plans for a 1,985 square foot stage, which could accommodate crowds of 1,500 to 2,500 people.

Level I project, plans submitted to the city will need to be reviewed and approved by staff.

Once clearance is finalized, deHoll said they hope to begin in January on the stage and other upgrades, with completion in March and a slate of shows set to begin in early summer.

Plans submitted include resurfacing of the gravel parking lot and 48 on-site parking spaces. Additional parking options will be available offsite with shuttles to the shows. Five bike racks are also included in the project.

Woman answer:What happens to your ballot once you cast your vote? Are they recycled?

Pickleball, tennis make peace: Asheville announces a compromise. How will your parks change?

Permit details say architectural renovations to the existing two-story wood-frame building have yet to be submitted, but deHoll said he plans to renovate the bar downstairs and add a bar on the second floor .

DeHoll said the bar’s opening hours currently fluctuate, but as of December 3, the bar will be open Friday through Sunday. In 2023, the hours will be expanded to include Thursdays.

Programming is underway for the bar this winter with music and a brewery sponsor every Saturday in December, along with a DJ in the evenings.

Part of the profits will be donated to local associations.

This project includes development within the floodway and will include a flood survey that confirms a no-rise situation with the proposed development, per permit details. 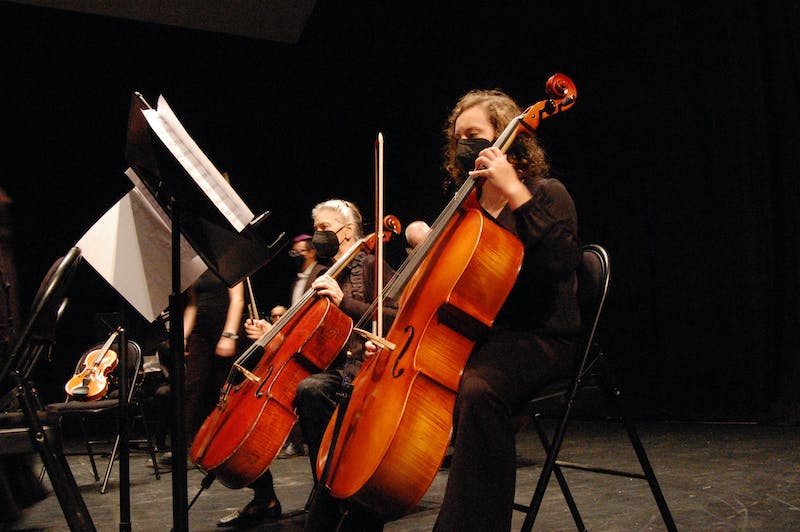